A half-melted snowman greets visitors to the home of Kevin and Susan Mayes. Built by their 12 year-old son Ben and his 3 year-old brother Jase, it symbolizes the joy that a toddler experiences after the first large snowfall of the year, and the love of an older brother. While a snowman may only last a few days, family is forever. 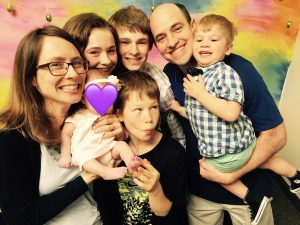 On the surface, nothing stands out about Kevin and Susan to identify them as amazing foster parents. A teacher at MacDonald Middle School in East Lansing and basketball coach at East Lansing High School, Kevin spends his available free time as a husband and father. Together, he and Susan care for their children, shuttling their three teenaged children across town in between changing diapers and filling bottles.

So what is it that makes this family worthy of the 2017 Chris Ball Outstanding Foster Parent Award from St. Vincent Catholic Charities? That answer is simple: they’re not perfect and they know it.

HOW THEY GOT STARTED

Generosity and faith started Kevin and Susan as foster parents. In 2012 one of the teens Kevin coached became homeless just before winter break.

Around the same time, foster parents spoke at their church as part of Orphan Sunday and the message grew louder.

“Whether it was conversations with other people who we learned were foster parents, noticing St. Vincent’s and DHHS billboards, songs on the radio, God just kept poking and prodding at us,” Susan said.

More than just coincidence, Kevin and Susan have felt a calling from God to take on this ministry.

As they started looking into agencies to begin the licensing process, they joined a local foster parent support group. The experience quickly guided them towards St. Vincent Catholic Charities. “I would say 90% of the parents were with St. Vincents,” Susan said. “We decided that’s who we’re going to go with because we heard nothing but amazing things about them.”

“People will ask ‘What it is about St. Vincents that draws you?” Kevin said. “It’s the people.” 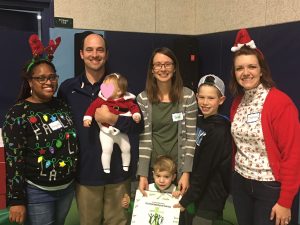 “When we went to St. Vincent’s, it was a great experience,” Kevin said. “We had a licensing worker who spent an unbelievable amount of time with both of us. It was very comfortable. Any time we had questions or concerns, there was someone there who would work with us.”

“Jase was our first placement and we got him when he was 4 weeks old,” Susan said. “It was terrifying. It was…the hardest, most amazing year of our lives. We learned a lot about each other and what we could handle, what our family could handle.”

Yet the help and support from STVCC extended far beyond the licensing process.

“The first two weeks were probably the hardest two weeks of my entire life,” Susan said. “I remember getting a phone call from our licensing worker, and that’s not her job. Her job is to license us and basically be done with us. She would check-in with me often then and really helped me during the beginning.”

“Jase became a ‘failure to thrive baby’ in his first year,” Kevin said. “That was something we had heard about, but we didn’t understand what that meant and what kind of challenges come with that. But the support we received was amazing.”

As the weeks turned into months, Kevin and Susan began to feel more comfortable in their new roles and how to approach this form of parenting.

“As you go through the process with a new foster care placement, and you feed them as you feed your children, they become a part of your family,” Kevin said. “In foster care, you try not to think too far ahead. It’s about today, it’s about this week, this month.”

“You just have no idea what the next day is going to be and because of that, you just literally live in that 24 hour period,” Susan said.

After several months, the uncertainty of Jase’s placement started to become clearer.

“Jase was about 9 months old when the mom decided to terminate rights on her own,” Susan said. “That was the most heartbreaking meeting I had ever been to in my entire life.”

When the termination of rights became a possibility, Susan was approached about the option of adoption. It was a forgone conclusion to Susan and Kevin that they would make Jase an official member of the Mayes family. Kevin even began to think of Jase’s future with them.

“Once we got to the day that Jase’s adoption was finalized, we knew that nothing could happen that could take this little boy from us,” Susan said. “Your face hurts from smiling and it is the greatest day.”

At times overlooked by those outside of the child welfare system, the goal of each foster care placement is family reunification with the birth parent(s). This is one particular area where Susan has shined and displayed unconditional love.

“We feel like our first ministry in foster care is to the child, no matter what,” Susan said. “But I also feel that God has called us to a second ministry, which is to these birth parents. They are in such a tricky situation that I can never imagine being in.”

At the beginning, many birth parents experience feelings of resentment and animosity towards those looking after their children. Susan tries to comfort them and relieve their worries as much as possible.

“I tell birth parents that my goal is to love your baby until you are ready to take care of them,” Susan said. “As hard as that is for my heart and my mind, I know that’s our second ministry. It’s just more people to love them.”

Speaking about their current placement, Susan said “More than anything we’d love for her to be part of our family, but that’s not why we’re doing this. We’re doing this so this mom can get her baby back.”

“Susan’s really become a cheerleader for out foster child’s birth parent,” Kevin said. “I was at the visit and the birth mom said ‘I would not have been able to get this far without your support.’”

Susan recalls a childhood where everyone was welcomed into their home, whether it was extended family or simply friends of siblings. The experience has molded her belief that “family is whoever is coming into our house.”

“As the foster care placements come and go, they are forever part of you,” Kevin said. “Family is not just who is living with you now, but it’s who you took care of, fed and clothed, and took care when their families could not.” 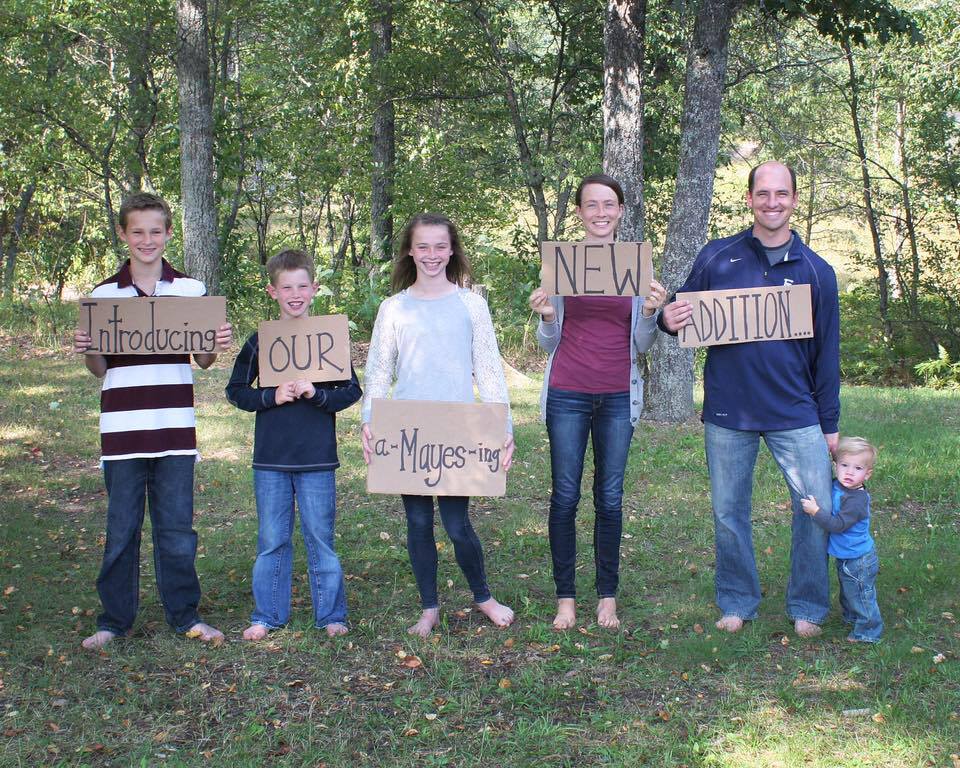