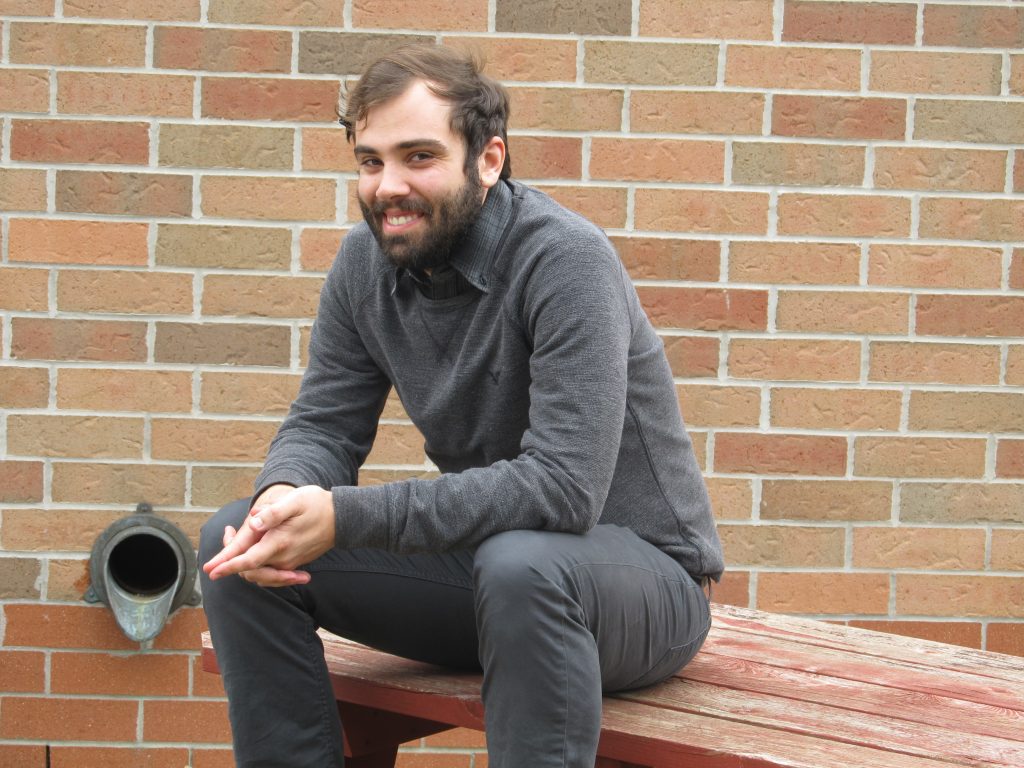 Taking a group of foster children and teens into an environment they have never been before can be quite the challenge. “What we’ve been trying to do recently [are] things that will be thinking outside of the box.” said Josh Lown, volunteer, outreach and training coordinator at the St. Vincent Catholic Charities Children’s Home. Josh and his team put this into practice when they took the kids on a camping trip to the Upper Peninsula in the summer of 2015. Josh recalled this life-changing experience as part of WKAR’s “Pop-Up Stories” last August.

“None of the kids… had ever been beyond probably two hours from Lansing. Let alone across the [Mackinaw] Bridge. Let alone camping in the woods where it was quiet, and there wasn’t any city for the next hour or so” said Josh.

On their trip, they decided to visit Tahquamenon Falls, a scenic state park in Michigan’s Upper Peninsula. In order to get to the falls, it requires a four mile hike. For a group of emotionally dysregulated children and teens, this proved to be quite the challenge. Children and teens who struggle with emotional regulation can face sensory overload and trouble expressing themselves. Despite the challenges, the group ended up loving the sights they had journeyed to see.

The oldest of the group overcame his adversities when he took on the responsibility of the group leader. “Without anybody prompting him… [he] decided he wanted to take the lead.” When it was getting hot and the kids were getting tired of walking, “he was the first person to come back and say ‘Hey guys, we can do this. We only have a few more miles, it’s gonna be great. You can do it.” This was such a surprise to Josh because he had never witnessed this type of behavior from the teen before.

Josh explained that the purpose of the STVCC Children’s Home is to help normalize the lives of children and teens, and make them feel like they are part of a family. The hike was a great bonding experience because it gave everyone a shared sense of accomplishment. “It had every reason to fail… but we all found a way to make it work.”

The most important thing Josh has learned and would share with others is “if you give kids the opportunity, no matter what their nefarious background may be, you give them the opportunity to surprise you, and they will every time.”