When 15-year-old Narine Manukova and her mother Evelina arrived in Lansing in 1992, St. Vincent Catholic Charities (STVCC) was there to greet them at the airport.

They had fled a very middle-class lifestyle four years earlier when Azerbaijan descended into an ethnic war, escaping to Russia to live with family. They left everything behind, including the documents needed to build a new life. 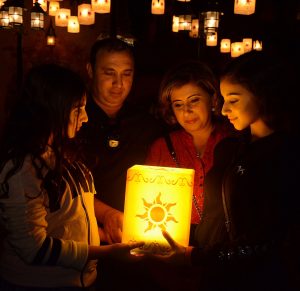 From these humble beginnings, Narine is now a communications executive deeply involved in the Lansing community, a mother to two teen-aged daughters and a wonderful example of how STVCC’s refugee resettlement efforts make a lasting impact in the fabric of the community.

“In Russia, without a stamp in your passport, you can’t work or own a home, or really anything,” Narine explained. “We had absolutely nothing. If we hadn’t had our family, I don’t know how we would have survived.”

The U.S. refugee program provided a loan to obtain documents needed to be approved as refugees and to buy plane tickets once they cleared the intensive vetting. As they do for all incoming refugees, STVCC set up a small apartment furnished with donated furniture and basic household items. 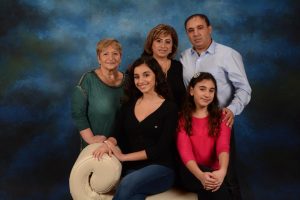 “We were just incredibly thankful to have all these things, to know that people were willing to share these things with us,” Narine said.

They found a very welcoming community. Along with language classes and a variety of other supportive services, STVCC also lined up several job options for both mother and daughter. Her mother began cleaning bathrooms at the YMCA. Narine started as a freshman at Holt High School and began working part-time at the Delta Township library, which required two bus rides after school each day.

“We were so incredibly blessed,” Narine remembers, “We never experienced any negativity, and people were really very welcoming.”

Those early years were filled with a lot of hard work – and an overwhelming desire to use the opportunity to restore a way of life they lost in the war. 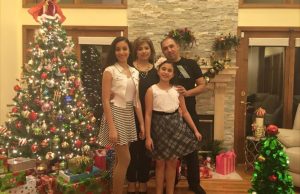 “There was no room for error because we were given a second chance,” she said.

The transition was initially difficult because Narine spoke only a few English phrases, including the very formal greeting “How do you do?” Music became how she mastered the language, using the melody to pick up the language more quickly.

They didn’t have a car and relied on public transportation to get to work and school. But they both worked hard to be able to repay the loan as required by the refugee program.

The “biggest break in our lives” came when Cherry Hamrick, a head librarian at the Haslett library, offered her mother a job as a page and then an assistant librarian.  Evelina who has a master’s degree in library science, worked as a head librarian in Azerbaijan. 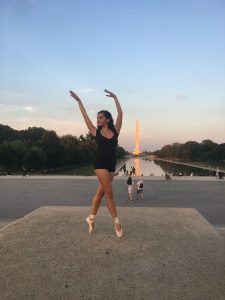 Narine soon launched her own career, graduating from high school, completing a degree in international relations from Michigan State University’s James Madison College in three and a half years while working full time as a legislative assistant.

She’s been with Kolt Communications since graduating from college and is now director of advertising and marketing, handling ad placement, public relations, special events and grant writing. The firm has given her the flexibility she needed to earn her master’s degree in public administration from Central Michigan University and take maternity leave when her babies were born.

Today, she, her husband Charle, their two daughters, Emma, 16 and Stella, 11, along with her mother, live together in their own home.

Narine says her life reflects the journey of many refugees who come to Lansing eager to rebuild a new life for their families.

“This really is a country of opportunity where anyone who wants to work hard can succeed,” she explained.