How can stories transform lives? This is a question that Colleen Steinman, the newest member of STVCC’s development staff, asks herself daily. Stories led Colleen to a career filled with rewarding work. She knows that words have the power to transform thoughts, ignite imagination, and inspire people to change their lives.

Colleen loved stories from the very beginning. She earned a Bachelor of Arts in Journalism from Michigan State University. Even before graduating, she worked as a reporter for the Lansing State Journal.  After working for various academic institutions teaching writing, she earned a Master of Arts in English and Professional Writing from Western Michigan University. Since earning her master’s degree, Colleen has worked for various academic institutions. She has managed student media outlets, including Washtenaw Community College and Alpena Community College. 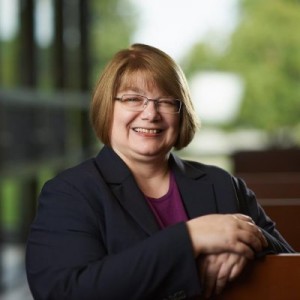 Stories Led Colleen Across the Country

In 2010, Colleen took the job of Deputy Communications Director for the Florida Department of Transportation. There she managed daily, weekly, and monthly reports for the governor’s office. She also managed the department’s social media outreach. Later, she transitioned into nonprofit work. First she served as Communications Manager of the Women’s & Children’s Alliance in Boise, Idaho.  While there, she told stories through community outreach, social media, and by increasing volunteer engagement.

In 2014 she came home to Michigan, intent on finding a position that would continue to use her “superpowers” for good.

As a member of the Development and Community Relations team, Colleen works to build and sustain support for STVCC. She coordinates fundraising campaigns, donor relations, and other workplace campaigns. Keep an eye out for one of Colleen’s first projects, as Colleen will be managing a donor survey set to be released in several weeks.  This survey will allow STVCC to communicate with its donors in the best way possible. STVCC is very excited to welcome Colleen, who will be using her superpowers to share stories that provide hope and encouragement to those looking to transform their lives.