On June 26th, the U.S. Supreme Court partially lifted the preliminary injunctions that were halting full implementation of the Administration’s Refugee Executive Order 13780. The Supreme Court decision narrows access to visas for nonimmigrants (e.g., students) and for immigrants from six Muslim-majority countries, as well as access to U.S. resettlement for any refugee. Only those who can prove a “bona fide relationship with a person or entity in the United States” will have access during the respective 90-day and 120-day program halts. The Refugee Executive Order remains in force until the Supreme Court can rule on the legality of the ban, in October 2017 at the earliest.

Bishop Vasquez, Bishop of Austin and Chair of the of the U.S. Conference of Catholic Bishops’ Committee on Migration issued the following statement:

“Today’s decision will have human consequences. While my brother bishops and I appreciate the Court’s ruling to allow individuals who have a ‘bona fide relationship’ with a person or entity in the United States to continue arriving, we are deeply concerned about the welfare of the many other vulnerable populations who will now not be allowed to arrive and seek protection during the proscribed pause, most notably certain individuals fleeing religious persecution and unaccompanied refugee children.”

However the U.S. State Department has publicly stated that a refugee who has been working with a resettlement agency in the U.S. does not constitute a bona fide relationship.  Partial implementation of EO 13780 began as of 8 p.m. EST, Thursday, June 29, 2017.

A Hawaii federal district court is currently reviewing a motion filed by the State of Hawaii stating that the Administration’s implementation of the Supreme Court decision conflicts with the decision.

To put this in perspective, St. Vincent Catholic Charities resettled refugees from fourteen countries in 2016.  Only three of those 14 countries are included in the Refugee Executive Order with restricted access to visas.  However refugees from all 14 countries are now prohibited from entering the United States for the next 120 days.

The Refugee Executive Order hurts the people who are already the most vulnerable. For example, any citizen from the Democratic Republic of Congo may enter the United States through the use of a visa, however a Congolese refugee who has left their native country due to persecution and received refugee status from the United Nations no longer can enter the United States, unless they have a proper relationship. STVCC knows, from hearing stories from our clients that this means that women and children who have already suffered atrocities, will continue to suffer and endure terrible situations.  These are folks who have submitted all of the requested forms and paperwork, and have undergone all of the clearances.  For many, their case has already been accepted by a resettlement agency, but they are not being permitted to travel.  While they are waiting through this “delay” their medical and security clearances may expire and they will have to start over.

People of Lansing know that refugee resettlement has been positive for our city and we know that it has saved the lives of our neighbors, co-workers, parishioners and even our foster children.

We ask you to join us in praying for the unaccompanied children, grandparents, widows and all others who have been left behind, and to do whatever you can to continue to make the world better, safer and more loving. 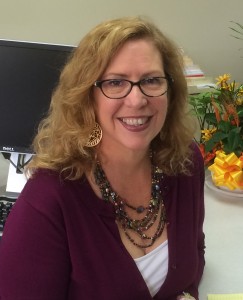