“Sometimes the smallest step in the right direction ends up being the biggest step of your life. Tiptoe, if you must, but take the step.” 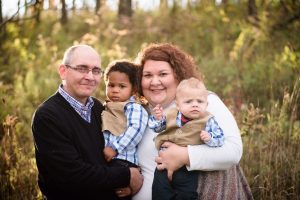 After years of infertility and heartbreak, the Allwardts were contemplating foster care with the goal of adoption. They left their session in 2014 knowing that STVCC was the place for them.

“Any agency can provide trainings, which STVCC does diligently and thoroughly,” Erin explained. “However, beyond the training, beyond the paperwork, the STVCC team puts a human touch on everything they do.”

In July of 2015, a ten-month-old baby boy came to them as their first foster child. Ned[1] stayed for only five months, returning to his birth mother on December 11. Reunification is the primary goal of foster care, but it was “devastating” for the Allwardts.

“As hard as it was to say good-bye to Ned*, he was the perfect first placement for us,” Erin said. “It taught us to be advocates for the children in our care. It also taught us to be open with our caseworkers and not to be afraid to ask questions. We learned a tremendous amount about the foster care system and truly how lucky we were to have chosen STVCC as our agency.”

Two days before Christmas, John was on his way to do his Christmas shopping and his cell phone rang. STVCC had another placement for them.

“Erin told me to forget the Christmas shopping because her gift was going to be delivered to their house from STVCC,” John said. “So we got William when he was two days old, two days before Christmas.” 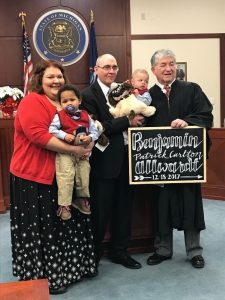 Once reunification was no longer possible, William’s adoption was finalized on October 20, 2017 before Judge George Economy. Earlier that year, Benjamin was placed with the Allwardts from the NICU at Sparrow Health System. He was adopted December 19, also before Judge Economy.

“STVCC has paved the way to our greatest life’s work, a family,” Erin said.

Recently, Ned returned to their care. Now 3 years old, his future is still a work in progress. For now, he lives with the Allwardts and their two sons.

“We have all heard the saying, it takes a village to raise a child,” Erin said. “We are so incredibly grateful that our village includes the experienced and dedicated STVCC team. Their guidance, compassion and patience has been appreciated and loved.”

With an estimated 13,000 foster children in Michigan, the Allwardts have created a video to help recruit more foster parents. It can be viewed here: https://youtu.be/ITb4RDMpdk0 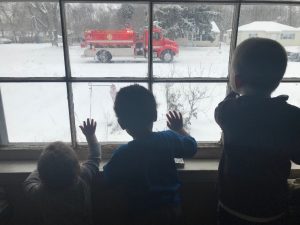 [1] To protect the identities of foster children, pseudonyms are used.