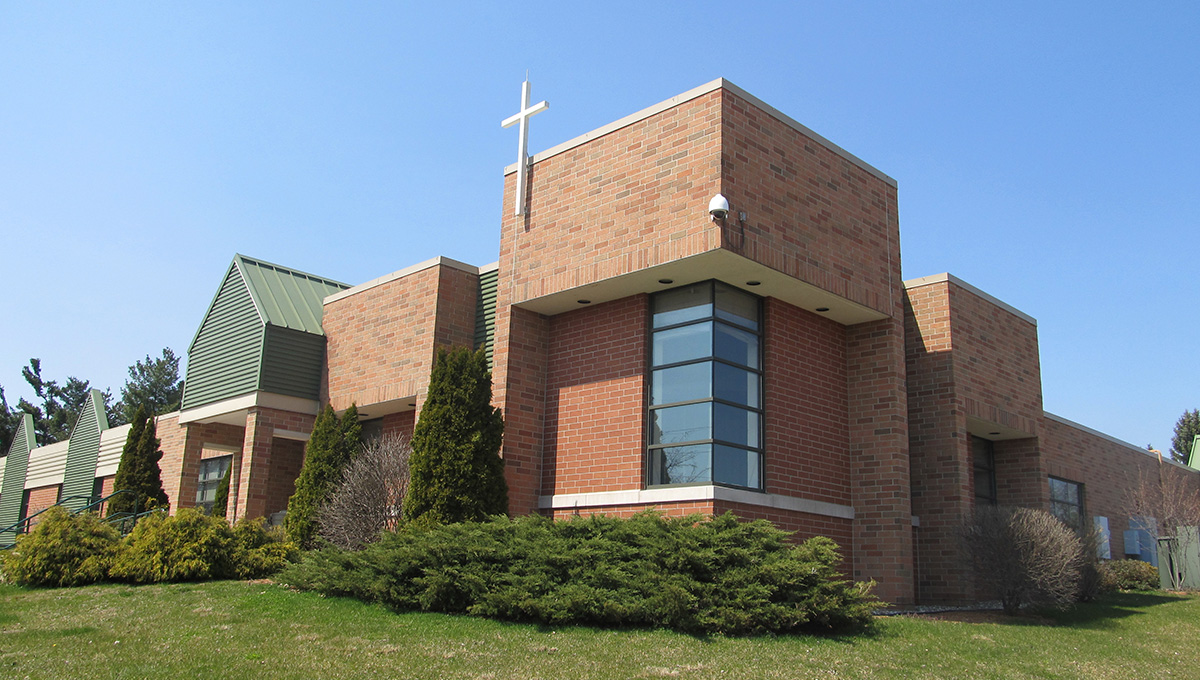 For 70 years, St. Vincent Catholic Charities, a local, charitable, non-profit, has been a pillar in providing human services in Michigan. What once started as a temporary home for children has grown into much more. St. Vincent Catholic Charities continues to meet the ever-changing needs of the community through our programs and services, which include Adoption, Foster Care, our Children’s Home, Counseling Services, Refugee Resettlement and Immigration Law Clinic.

The mission of St. Vincent Catholic Charities is the work of the Catholic Church, to share the love of Christ by performing the corporal and spiritual works of mercy.

The vision of St. Vincent Catholic Charities is with faith in God and love for all, we aspire to create a healthier community.

The Catholic Social Services (CSS) office, (Diocese of Lansing) opened in 1948 with its services initially being adoption.

In the late 1940’s and early 1950’s, CSS also provided services to refugees who were displaced persons from World War II.

St. Vincent Home for Children (SVH) was started with the support and encouragement of Saint Vincent DePaul Society in 1952.  St. Vincent Home was a residential facility for children who were from homes which needed temporary assistance in caring for their children. From approximately 1959 to 1965, Cuban parents sent their children to live at SVH to keep them safe. Children stayed at the Home until their families arrived from Cuba.

CSS and SVH continued for many years as two separate agencies, one a child caring agency, the other a child placing, refugee services  and family counseling agency.  Over the years, the two agencies developed their own identity and essentially went their own way.  Eventually, each of the agencies hired their own director but continued to be under the sponsorship of the Catholic Church.

As the environment changed, the two organizations expanded their services.  CSS developed a mental health clinic and was able to collect payment from insurance companies and develop agreements with the State of Michigan for mental health services provided allowing for program expansion.  The successful services provided via agreement with the State of Michigan also resulted in the formation of the Foster Care Program and Senior Programs.

From 1975 to 1979, the Catholic Charities arm of the Diocese of Lansing served refugees providing resettlement services and English as a second language classes (ESL).

In 1979, Catholic Charities permanently transferred the Refugee Program to Catholic Social Services.  More comprehensive services such as health and employment were added to the resettlement services and ESL classes.

St. Vincent Home began to contract with the State of Michigan to accept emotionally impaired children.  The Home provided a residence for the children, but did not have the expertise to offer treatment.  In 1985, the State of Michigan indicated that it would no longer purchase only housing for the children.  The State was encouraging a continuum of service and the development of a treatment program at SVH.   With the support of the Diocesan Office of Community Service and the Board of Directors, a merger between CSS and SVH was explored.  It appeared to all concerned, that combining the Foster Care and Adoption Programs of CSS and the Residential Programs of SVH would be a natural fit for future programming.  The professional expertise in counseling services provided by CSS would be the base of the treatment program.

In April of 1985, CSS and SVH became one agency (Catholic Social Services of Lansing/St. Vincent Home, Inc.).  Since that time, the agency has provided a wide range of programs focusing on the needs of children and families both in their own home and those in need of placement and treatment outside their home.

In 1994, Catholic Social Services of Lansing/St. Vincent Home, Inc. was instrumental in developing a transitional housing program, Ballentine Stepping Stones, to provide temporary housing and supportive services to homeless single women with children.  This program continued to provide temporary housing services to vulnerable populations until 2010 when the program transitioned to a permanent supportive housing program for special populations such as homeless individuals and families, chronic homeless individuals, victims of domestic violence and persons with special needs.

In July 2005, the name was changed from Catholic Social Services of Lansing/St. Vincent Home, Inc. to St. Vincent Catholic Charities. This change coincided with the final move of all the programs onto one campus.  A new facility was built for the Children’s Home, and the old home was renovated to accommodate the other programs.

It is the position of the Board of Directors that St. Vincent Catholic Charities review and assess services annually to attempt to identify mission appropriateness, duplication of services, community need, the level and quality of services able to be provided with the funding available, as well as the overall impact on the agency’s bottom line.  As a result, the agency has discontinued and added various services over time.  In 2007 the agency’s “family” of services to the senior population was transitioned to other partners in the community. The organization is presently working to develop coalitions with other agencies both on the local and statewide level in order to more effectively and efficiently respond to other community needs.  We are proud that the social mission of the Church is truly being carried out by our organization and in conjunction with other community agencies.