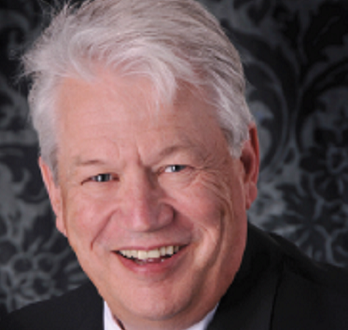 Dave Drayton is a big man with an even bigger heart.  In 2013 we profiled the volunteer work that Dave was doing at the Children’s Home which was part of his mission journey to complete his process to become a Deacon in the Catholic Diocese of Lansing.  Recently Dave Drayton expanded his volunteerism at St. Vincent Catholic Charities to a position on the agency’s Board of Directors.

“Some Boards only want your money, and other boards also want your input because of your professional skills or position in the community,” said Drayton.  “I see my mission as a Board member as fulfilling a role as an extension or ambassador for St. Vincent Catholic Charities into the community.   As a Catholic I believe I can help people in the Catholic faith become more aware of what STVCC does for the community.  I believe that most Catholics don’t fully understand the resources that are available to them through our organization.  There is, of course, help for children in need but there is also counseling for families and children. The work that this organization does for foster care and adoption is amazing and there is so much more that is closely aligned to Jesus’ call to help the poor and children.”

Among many in the community, there is still confusion about St. Vincent Catholic Charities and St. Vincent De Paul, Dave said he is working to help clarify that. “ It is important to understand that while the two organizations have the same patron Saint and a similar broad mission to serve the poor, they are two separate organizations.  STVCC takes on a broader human services role with six major program service areas using a $10 million annual budget, while St. Vincent DePaul is best known for its donation store on S. Washington  in Lansing,” shared Drayton.  “This is a continual education process to help the community of faith understand.  In my role as a Deacon I have been able to spread the word about the good works of STVCC and I have been a bit of a bridge to my fellow Deacons across the diocese to reach the individual parishioners.”

“This organization has an enormous mission which is only limited by its ability to generate support.  I believe the members of the Catholic community give and support when they have a better understanding.  I see this promotion of understanding as an important part of my Board service to STVCC.”