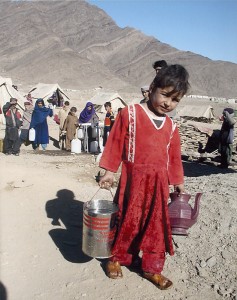 What is the refugee services history for St. Vincent Catholic Charities?  Although the STVCC Refugee Services program officially opened in 1979, the agency has been helping refugees since its beginnings in 1948. From 1948 to the mid 1960s, the agency helped resettle Europeans who were displaced after WWII, as well as Cuban refugees fleeing Fidel Castro.

However it wasn’t until the fall of Saigon at the end of the Vietnam War in 1975 that necessitated the launch of the STVCC Refugee Services program to manage the massive influx of Vietnamese refugees resettling in the United States.

When the office first opened, only three employees handled the budding program. Today, STVCC Refugee Services employs 35 staff members and 10-15 contractual interpreters. Twenty-two languages are represented by our diverse staff. Since we began more than 40 years ago, we have resettled more than 15,000 refugees from 48 countries.

Programming has expanded to include employment aid, education, outreach and health services for the duration of the 30-90 day resettlement period.

Below is an interactive timeline, which shows the years large groups of refugees were resettled in Lansing and brief summaries of the conflicts that led them here.