Why We Resettle Refugees 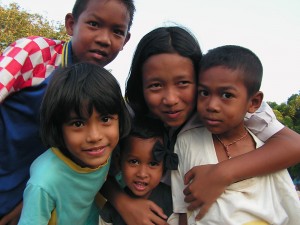 As a Catholic agency, we resettle refugees because we adhere to the Catholic principle that every human life has value. Refugees are people who “owing to a well-founded fear of being persecuted for reasons of race, religion, nationality, membership of a particular social group, or political opinion” have left their country of origin and are unable to return in fear of their safety.

We strive to assist those who have been exposed to atrocities that we as Americans can’t imagine. Simply put, we resettle refugees to help save lives and show the love and mercy of Jesus Christ.

Welcoming refugees revitalizes our city and adds rich diversity. Lansing took the Welcoming Michigan coalition’s pledge to become a “Welcoming City” for all refugees and immigrants.

Refugees also stimulate the economy. They open new businesses, tend to be very hard workers and take pride in their work. A good portion of refugees were forced to leave professional jobs in their home country, and have a strong desire to both provide for their families, and to get back to the same level of work that they once held.

Over half of Michigan immigrants (64.4%) are of working-age, compared to just 50.8% of the non-immigrant population in Michigan. Currently our agency has more than 20 employers who are requesting workers in diverse sectors of our local economy. Many companies would be unable to function at their current capacities without this pool of workers to hire from.

According to a study done in Cleveland, Ohio in 2016, the impact of refugees led to a positive impact of $88.2 million, 1,220 jobs, and an additional $4.5 million in tax revenue in their community.

Above all, we resettle thousands of refugees here in Lansing because we desire to comfort the afflicted and serve them with compassion, integrity and faith.