The Beauty Of Change 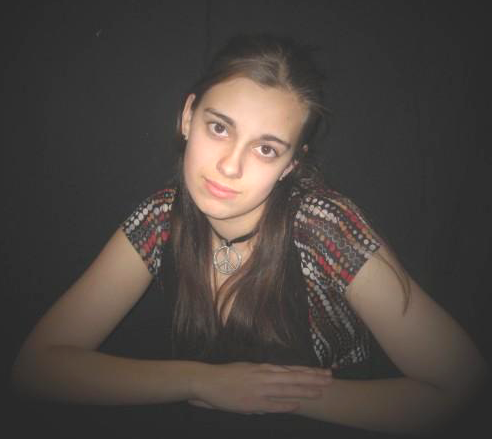 “Growing up in my house was crazy. It was difficult dealing with my mother,” recalls Bernie. “She was always doing strange things. I knew it wasn’t normal.”

For Bernie the idea of a normal family was often something read in books or seen on television. She was sexually abused by her father at a young age, and spent her childhood living with her mother and half sister. Due to their mother’s erratic behavior, the girls had to grow up fast. Their mother was unable to provide proper care and supervision, so instead the girls learned to take care of her.

“She was afraid to drive, so we walked everywhere. Some days we would walk for miles” remembers Bernie. “She was always afraid something bad would happen, so we couldn’t get too far out of her reach. When walking on the sidewalk we had to stay at least one square in front of her. It became like a game for us.”

As Bernie grew up, her mother’s strange and often alarming behavior continued. It was not until years later that doctors would evaluate and diagnose her as a Paranoid Schizophrenic. But Bernie and her sister knew long before the diagnosis that their mother was sick. One day during an argument at home, Bernie’s mother became angry and called the police. She told them Bernie had assaulted her and Bernie was quickly removed from the home.

“It was not true. But no one knew she was sick so it didn’t matter” recalls Bernie. “They put me in juvenile detention. It was not a fun experience. They sent me home but I was sent back 4 days later. They ended up just putting me in foster care.”

Bernie had mixed feelings about leaving her mother and sister. She loved her family, but knew the environment at home was not healthy. Her sister stayed behind to care for their mother, and 14 year old Bernie soon found herself living with a new family.

“It was interesting” recalls Bernie. “My best memory about my foster home was the family’s two biological daughters. They were the best thing in my life at that time. They were just babies but I treated them like sisters. I would babysit for them every day when I got home from school. I’d even take them with me when I would go out with my friends or to the mall.”

Bernie settled into her new life with her foster family quickly. As the youngest child in her own family, she enjoyed the new responsibility of being an older sister to her foster siblings. But despite everything that seemed to be going right in Bernie’s life, she was still battling past and present emotional issues, most of which stemmed from the sexual abuse she had experienced and the dysfunction in the relationship between she and her mother. Bernie struggled to keep her emotions hidden, but the inner turmoil caused her to feel overwhelmed and alone.

After staying with her foster family for a little over four years, it was decided that Bernie needed help to cope with her problems. At the age of 17 she arrived at St. Vincent Catholic Charities (STVCC) Children’s Home. At STVCC she was placed in the care of therapists, case managers and staff who were trained to help children struggling with issues of abuse or neglect.

Bernie lived with a group of teenage girls who had experienced similar issues of abuse in their childhood. The girls worked with staff on positive strategies to cope with and express their emotions. They were also taught valuable independent living and social skills. For Bernie the home was like a breath of fresh air. She no longer had to hold in her emotions and was instead encouraged to speak openly about them without the fear of judgment and ridicule.

“I really felt at home” remembers Bernie. I was treated like family, everyone was so nice.”

Bernie especially liked hanging around staff members and helping them to diffuse conflicts between the other children.

“I’ve always been the type to get along better with older people,” says Bernie. “I think it was during this time I decided I wanted to become a Child Psychologist, because I realized I was really good at helping people.”

Bernie attended high school at the Children’s Home. STVCC staff also helped her dual enroll at Lansing Community College (LCC) so she could begin working towards her goal of receiving a college degree. Within a year, Bernie earned her high school diploma and had several credit hours completed at LCC. Staff members organized a graduation party, and invited all the children in the home to gather and celebrate her accomplishments.

“They were happy for me, and that felt good” says Bernie.

When she turned 18, Bernie knew she would soon have to leave the Children’s Home. In order to provide her with a strong network of support, staff members petitioned the State of Michigan for the right to remain in contact with her after she left their care. Their request was granted. STVCC staff helped Bernie transition into an independent living home for young adults and find employment.

Today Bernie is working and attending school at Lansing Community College. Her goal of one day becoming a Child Psychologist keeps her motivated and she still regularly calls staff at St. Vincent Catholic Charities for advice and support.

“When I first left I cried like a baby” recalls Bernie. “But they’ve been there for me every step of the way. I am so grateful to St. Vincent for all the opportunities that they gave me.”