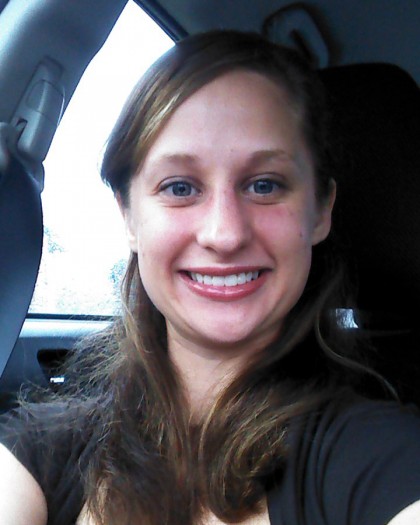 “At the time I was a college student and had next to no money,” shared Amelia.  “So, I googled ‘sliding scale counseling fees’ and the first thing that popped up was STVCC counseling.  God’s hand was definitely in this, because as it turned out I couldn’t have found a better match for me.”

This all began in 2008 as Amelia had just completed her undergrad degree.  Like many of her college peers there were lots of occasions for drinking.  But for Amelia, the drinking was symptomatic of a deeper problem with alcohol; usually triggered by stressful events in her life. “I was drinking like a normal person (I thought) but was having unpleasant consequences from my drinking. After one particular night I woke up and realized I needed help. Even my fiancé knew I had a problem and had let me know that if I continued on the path I was on he didn’t want to stick around.”

Amelia’s therapist knew that Amelia was not ready to name her problem as alcoholism.  During the course of her time with Amelia, her therapist established an environment of supportiveness, trust and non-judgment.  It was 2011 when, getting sober through entering a recovery program, Amelia was able to admit that she was an alcoholic. “My therapist patiently held that space for me, waiting for me to come to the realization about the role that alcohol played in my life. Counseling laid the groundwork for me to get sober.”

When asked to speculate on the course her life might have taken without counseling and recovery, Amelia admits that it was likely that she would not have gotten to the recovery program without the counseling. “I was literally on the path to destroying everything I was working for if I hadn’t stopped drinking. I would have lost my job, lost my relationship; I just didn’t care. At the time I just wanted to drink, alcohol was my coping mechanism.”

Now, over two years sober, Amelia went back to school and got her masters degree, moved to a new place, and has a job she loves. “I genuinely want to thank STVCC, if not for my therapist and the counseling program I wouldn’t have the purpose and ability to really live my life.  Counseling saved my life.  I am forever indebted.”