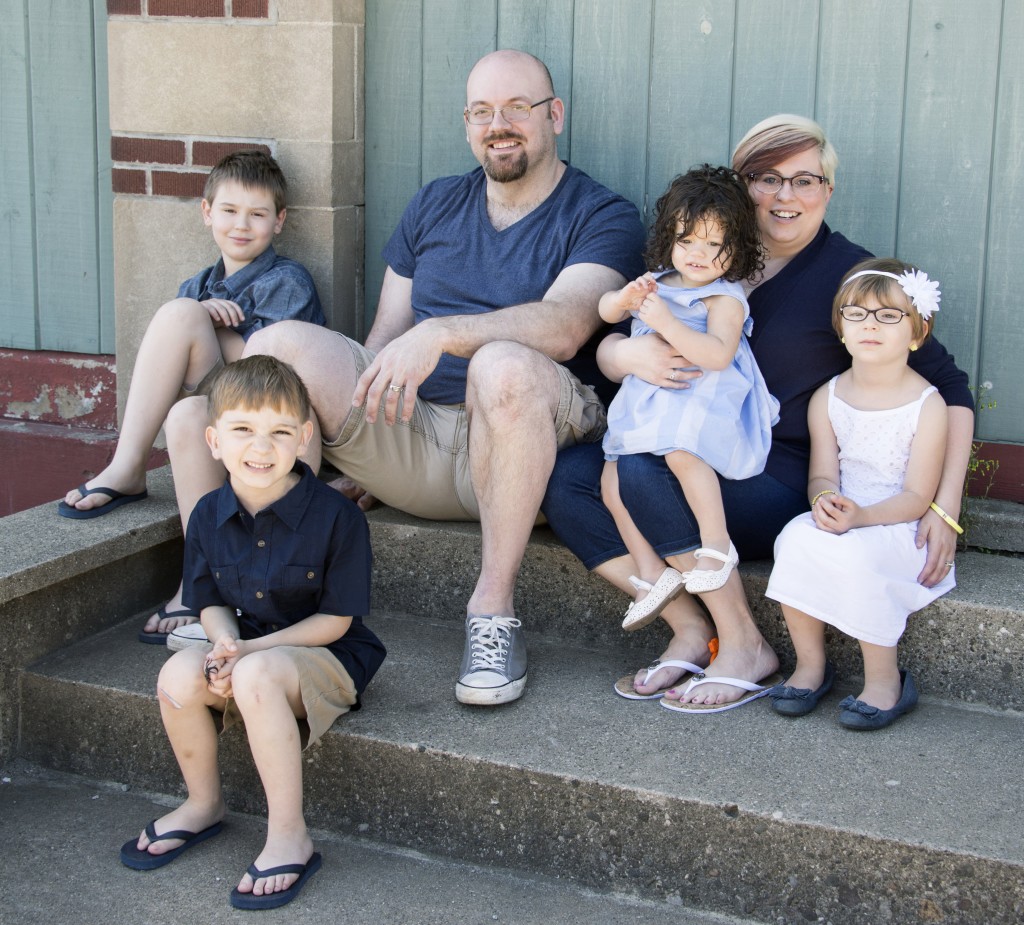 Children’s laughter can be heard all the way from the street near the Buck family home. Four year old Max and seven year old PJ happily follow their mother down the hall as they ask for a snack of popcorn and juice. Three year old Liz stays close to her dad in the living room, watching her brothers with amusement in her eyes. The playful scene is the perfect depiction of a loving family. One that Chad and Melissa Buck almost believed they could never have.

After their marriage in 2005, the couple tried desperately to have children of their own. “We tried everything,” recalls Melissa. After having no luck conceiving, the couple began exploring other options. “We started to look into becoming foster parents” said Melissa. “We knew one day we would adopt, but thought it was best to do it slowly.”

After hearing through a friend at church about a young child who needed a home, Chad and Melissa decided it was time to act. They turned to St. Vincent Catholic Charities to become licensed foster care parents. “Our caseworker was amazing,” recalls Melissa. “She helped explain everything to us and addressed any concerns we had. I couldn’t imagine maneuvering through the process without her.”

The first child the Bucks welcomed into their home was a five year old boy named Jacob. “We were so unprepared” said Melissa. “I was still driving a convertible. There was no room for a car seat. I ended up trading it in for a minivan and slowly our family started to grow.” Jacob eventually left the family’s home but not before Chad and Melissa welcomed two more children- Max and PJ.

“They were brothers and it was important that we kept them together” said Chad. With the help of St. Vincent Catholic Charities the couple also located the boys little sister Liz, who had been living in another foster home. “We wanted them all together” recalls Melissa. “We never set out to have three children but we wanted them to be a family and in return they have brought so much love into our home.”

When Chad and Melissa made the decision to adopt the siblings, they once again turned to St. Vincent Catholic Charities for help. This year will be the kids first Christmas being adopted and living with their forever family. “We can finally take Christmas photos and send cards to family and friends” said Melissa. “We’ve been blessed!”